MANCHESTER, England (CNS) — Cardinal Vincent Nichols of Westminster urged priests to end debating the upcoming synod on the family in the press after more than 450 priests published a letter calling on the Catholic Church to retain the prohibition on divorced and remarried Catholics receiving holy Communion.

“Every priest in England and Wales has been asked to reflect on the synod discussion. It is my understanding that this has been taken up in every diocese, and that channels of communication have been established,” Cardinal Nichols, president of the Bishops’ Conference of England and Wales, said in a statement March 25.

VATICAN CITY (CNS) — No matter how weary, wounded or sinful a family has become, the church will always do everything to try to help family members heal, convert and reconcile with the Lord, Pope Francis said.

The pope called on everyone to pray each day for the upcoming Synod of Bishops on the family and for the church so that it could be even more “dedicated and united in the witness of the truth of God’s love and mercy for the families of the world, (with) no one excluded either inside or outside the flock.”

Prayers, “not gossip,” are needed for the synod, and “I invite even those who feel distanced or those who aren’t used to it to pray,” he…

Posted in Uncategorized | Comments Off on Pope says prayers, not ‘gossip,’ needed for successful synod on family

ROME (CNS) — Catholics should let their bishops know their hopes and concerns for the upcoming Synod of Bishops on the family, but even more importantly, they should pray that the Holy Spirit guide the bishops’ deliberations, said German Cardinal Walter Kasper.

“We should all pray for it because a battle is going on,” he said March 19 in a speech presenting his new book, “Pope Francis’ Revolution of Tenderness and Love,” published in English by Paulist Press. END_OF_DOCUMENT_TOKEN_TO_BE_REPLACED

BALTIMORE (CNS) — October’s extraordinary Synod of Bishops on the family was just one event, but “a tale of two synods” emerged from it, according to the president of the U.S. Conference of Catholic Bishops.

Speaking to reporters Nov. 10 after the morning session of the USCCB’s annual fall general assembly in Baltimore, Archbishop Joseph E. Kurtz of Louisville, Kentucky, acknowledged the differences in the synod experienced by the bishops participating in it and news accounts disseminated outside the synod.

Those differences were highlighted by Cardinal Timothy M. Dolan of New York in remarks delivered during the assembly’s morning session.

“There must have been two synods,” he said, and the participating U.S. bishops “happened to be at the wrong one.”

From what he said he had heard and read about the synod, one synod was “confrontational and divisive,” “hijacked by left-wing dissenters intent on eluding doctrine,” with proceedings “smothered by new Ottavianis, dug in to resist the fresh breeze” of change, Cardinal Dolan said, referring to Italian Cardinal Alfredo Ottaviani known for his opposition to the changes being brought about in the church during the Second Vatican Council.

“Too bad we missed that one,” Cardinal Dolan added. “The one we were at was hardly as spicy (and) juicy.” END_OF_DOCUMENT_TOKEN_TO_BE_REPLACED

Posted in Uncategorized | Comments Off on ‘Tale of two synods’ emerged from Vatican, says USCCB president

Analysis: Did Pope Francis get what he wanted from the synod?

Posted on November 1, 2014 by Administrator1

VATICAN CITY (CNS) — Since the end of the Oct. 5-19 Synod of Bishops on the family, news outlets have portrayed the outcome as a “setback” or “loss” for Pope Francis — even a “rebuke” to him. 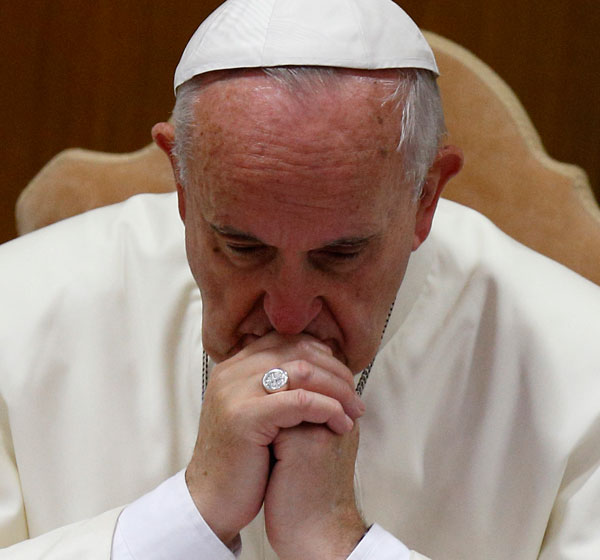 Pope Francis attends the morning session on the final day of the extraordinary Synod of Bishops on the family at the Vatican Oct. 18. (CNS/Paul Haring)

Journalists have pointed to the absence, in the synod’s final report, of an earlier version’s strikingly conciliatory language toward people with ways of life contrary to Catholic teaching, including those in same-sex unions and other non-marital relationships. Commentators have also noted the relatively low support, as measured by bishops’ votes on the final document’s relevant sections, for continued discussion of whether to make it easier for divorced and civilly remarried Catholics to receive Communion.

In these respects, it is said, the synod rejected moves consistent with Pope Francis’ well-known teachings on mercy.

The pope never expressed his views at the synod; he kept silent throughout the two weeks of discussions. Yet there are good reasons to think he and the assembly were not of the same mind on these questions. END_OF_DOCUMENT_TOKEN_TO_BE_REPLACED

Posted in Uncategorized | Comments Off on Analysis: Did Pope Francis get what he wanted from the synod?

Posted on November 1, 2014 by Administrator1

MANILA, Philippines (CNS) — Cardinal Luis Antonio Tagle of Manila said the Synod of Bishops on the family was more than a series of discussions on divorce and gay unions and that the impact of poverty on families, especially in Asia, was a major concern of participants.

Pope Francis talks with Cardinal Luis Antonio Tagle of Manila, Philippines, right, before the morning session of the extraordinary Synod of Bishops on the family at the Vatican Oct. 9. Also pictured are Cardinals Peter Erdo of Esztergom-Budapest, Hungary, relator for the synod, left, and Raymundo Damasceno Assis of Aparecida, Brazil, center. (CNS photo/Paul Haring)

“Poverty is really affecting the Filipino family in a dramatic way,” Cardinal Tagle told reporters at an Oct. 30 news conference.

The prelate explained that while he was in Italy he was part of a forum on families and afterward a number of contract workers from the Philippines approached him in tears. Cardinal Tagle said one worker told him, “If it weren’t for hardship I would never have left my wife and children behind.” END_OF_DOCUMENT_TOKEN_TO_BE_REPLACED

Posted in Uncategorized | Comments Off on Poverty was among synod’s major concerns, Philippine cardinal says

Cardinal Vincent Nichols of Westminster, England, leaves the morning session of the extraordinary Synod of Bishops on the family at the Vatican Oct. 16. (CNS photo/Paul Haring)

LONDON (CNS) — Cardinal Vincent Nichols of Westminster asked Catholics to recognize the “real goodness” in the lives of many cohabiting couples and those who have divorced and civilly remarried.

He said the two-week Synod of Bishops on the family, which concluded at the Vatican Oct. 19, called the faithful “to walk alongside people in difficult or exceptional situations” and to “see clearly and with humility all the good aspects of their lives.”

“This is especially true with regard to individuals who, for example, have decided to live together without marriage, or for Catholics in second marriages,” Cardinal Nichols wrote in a pastoral letter read in churches of the Archdiocese of Westminster Oct. 25-26.

“These realities are part of their journey in life and while not in keeping with the pattern the Lord asks of us, their lives are often marked by real goodness,” he wrote. “This is the basis for our care of them, for our approach to them, our invitation to them, to come closer to the church and deepen their faith and attend carefully to its call.” END_OF_DOCUMENT_TOKEN_TO_BE_REPLACED

Church must reach out to gays, divorced, Philippine bishop says 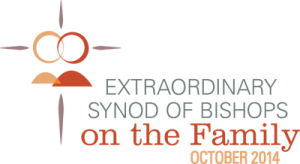 MANILA, Philippines (CNS) — The church must widen its reach to gays and divorced Catholics, said the president of the Catholic Bishops’ Conference of the Philippines.

Archbishop Socrates Villegas of Lingayen-Dagupan, in an Oct. 21 statement after the Synod of Bishops on the family, called for a merciful approach to ministering to the faithful by emulating Christ and not casting stones at sinners.

“In facing our Catholic brethren in painful broken marriage situations or our brothers and sisters with homosexual attraction quietly struggling to be chaste, Pope Francis said we must avoid two temptations: ‘The temptation to transform stones into bread to break the long, heavy, and painful fast; and also to transform the bread into a stone and cast it against the sinners, the weak, and the sick, (and) add to their already unbearable burdens,'” he said. END_OF_DOCUMENT_TOKEN_TO_BE_REPLACED

Posted in Uncategorized | Comments Off on Church must reach out to gays, divorced, Philippine bishop says

ROME (CNS) – Referring to the Synod of Bishops on the Family that will convene in 2015, Cardinal George Pell wrote that the task for Catholics “over the next 12 months” is to explain “the necessity of conversion, the nature of the Mass,” and “the purity of heart the Scriptures require of us to receive holy Communion.”

“We will be counterproductive if we have anger or hate in our hearts, if we lapse into sterile polemics against a surprisingly small number of Catholic opponents,” the cardinal wrote.

Cardinal Pell’s remarks appeared in a homily he prepared for his celebration of Mass in the extraordinary form October 24 for the 2014 Summorum Pontificum pilgrimage to Rome.

The cardinal was unable to celebrate the Mass on account of bronchitis. In an additional prepared text, he assured those present that his sickness was the only reason he was unable to attend.

VATICAN CITY (CNS) — Cardinal Donald W. Wuerl of Washington said the Oct. 5-19 Synod of Bishops on the family came to a “real consensus” after two weeks of animated debate, and that its final report will serve as a solid basis for the world synod on the family in 2015. 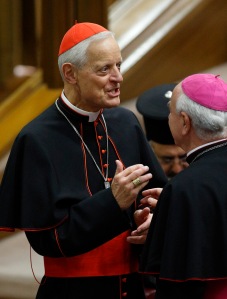 Cardinal Donald W. Wuerl of Washington talks with Archbishop Vincenzo Paglia, president of the Pontifical Council for the Family, before the morning session of the extraordinary Synod of Bishops on the family at the Vatican Oct. 9. (CNS photo/Paul Haring)

“What we saw and what we ended up with was the result of a free and open process. The pope at the very beginning said speak with clarity and charity and listen with humility and that’s what happened,” Cardinal Wuerl told Catholic News Service Oct. 20.

The cardinal said the only “glitch” in the process came with the synod’s Oct. 13 midterm report, which made headlines with its strikingly conciliatory language toward people with ways of life contrary to Catholic teaching, including divorced and remarried Catholics, cohabitating couples and people in same-sex unions.

The midterm report was “seen by many as not being as balanced as it should have been. At least from their perspective, it wasn’t as reflective of the balance in the discussions,” the cardinal said.

As a result, he said, “it was really important that that final (report) be a consensus document.”

Cardinal Wuerl, who served on the 11-member team that drafted the final report, said “there were a number of things that you see in this final document that were only lightly touched upon (in the midterm report), and then there were things you see in that (midterm report) that aren’t in here at all.” END_OF_DOCUMENT_TOKEN_TO_BE_REPLACED

Posted in Uncategorized | Comments Off on Cardinal Wuerl says family synod came to ‘real consensus’
Synod of Bishops on the family
Create a free website or blog at WordPress.com.
Loading Comments...